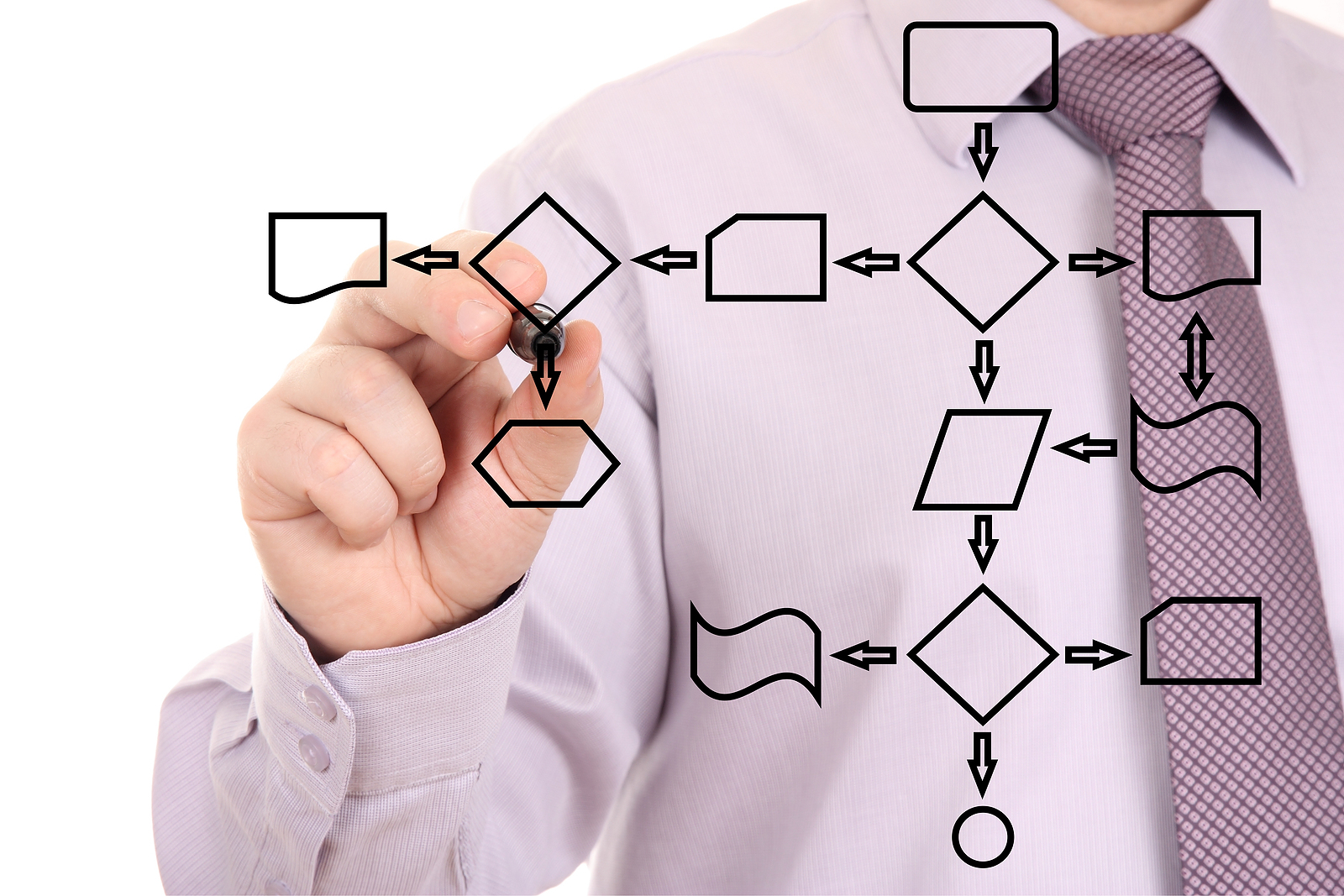 There was a time when, if a gentleman was interested in a young lady, he needed the approval of her father before having audience with her.  In fact, there was a series of steps.  First, that young lady’s parents had to approve the young man through prayerful considerations—and—even with that, she had to be interested in him.  Even if each parent approved,if young lady was not interested, that didn’t matter  because he’d still gain no audience with her.  If, however, the entire family was in agreement, the relationship would be conducted under the father’s supervision and authority. This system was not set up to keep her from marrying, but instead, was designed to protect her from those with impure intentions.  In other cultures throughout different parts of the world, this practice remains: in the Western culture, however, it continues to diminish.

How ideal it was for sons and daughters to have the greatest examples of a father, husband, mother and wife in their very own homes. That must have been amazing. I’m sure we all can agree that all of the practices regarding the roles were not ideal, but the ability to grab the core values and apply them to today’s marriages would be something incredible.

I don’t think I need to tell you that things have changed tremendously.   As for the American family over the past 50 years, the percentage of children born out of wedlock has risen from 6% to 41% (MSNBC – Politics Nation 1/12/2014). Having said that, it’s understandably clear that the benefits of not having two parents in the home has taken its toll. It’s very difficult to see and learn from what doesn’t exist. However, all hope is not lost. I am grateful that there are mentors and spiritual leaders who have stood in the gap in several cases. I’m not suggesting that a grown person should seek them to get approval before entering into courtship, but I am suggesting that there is wisdom in sound counsel. Where no counsel is, the people fall: but in the multitude of counselors there is safety. (Prov 11:14)

I’ll begin by saying there are several processes. I’m sure all you have to do is search the internet to find one that is accommodating to you. Our process is not confined to the original concept of courtship, but, it holds true to its values. Courtship starts when the man begins the pursuit and the woman accepts it.   Now, this presupposes that both parties have a clear understanding of the major points of courtship previously listed above.  Someone may be saying “this is a bit too serious.”  Well, we believe broken hearts,  abusive relationships, and failed marriages are ‘pretty serious’ too.  Having said that, marriage is for the mature.   If you aren’t ready, do not pursue or accept the pursuit. We’re not suggesting that you meet someone today and start courting them tomorrow.  What is clear, however, is that your intent is to meet the person you one day plan to marry, and engage in a relationship that takes you in that direction.  The both of you should have this same resolve.  We encourage you to invest a significant amount of time conversing (not hanging out);  but don’t have conversations just for the sake of it.  Talk about things that really matter. Don’t create the atmosphere of an interview, but definitely cover your core values and your non-negotiables.  The point is, after simply talking, you will see that most people do not qualify in any way.  Some people say “after seeing the person for the first time you’ll just know if they’re the one or not.”  Certainly this is possible because it happened with my late pastor;  however, this is not the norm folks. Say you meet someone and begin talking, and after a week or two, you both decide to meet at a Starbucks, face to face. If, after that meeting, each of you feel a connection that goes beyond chemistry and into purpose, we believe—before you allow any emotions, pet names or intimacy to occur—it’s time to sincerely take this person and situation into prayer.  We know that most people will say it is necessary to spend a lot of time with each other—perhaps two, three and or even six months; here we don’t advocate that.  While logically it seems to makes sense, emotionally, there is no protection.  Sounds like dating right?  It is. At this point, you should be spending more time with God.  You don’t need to prove to yourself if they are pretending to be what they are not.  What you really need is a word from God: He has a way of disclosing counterfeits.  I guess you can either take things in your hand and do them your way, or seek Him for the answer you really want and need. Once you both have approval from God and your accountability partners are aware, it’s time to start the courtship process.  Courtship doesn’t mean you’re married.  It does, however, mean that marriage is, ultimately, your intent.  If you handle the courtship correctly…even if it turns out that he or she isn’t the one and you have to break off the relationship…you won’t consider it a failure because you honored each other through the process. 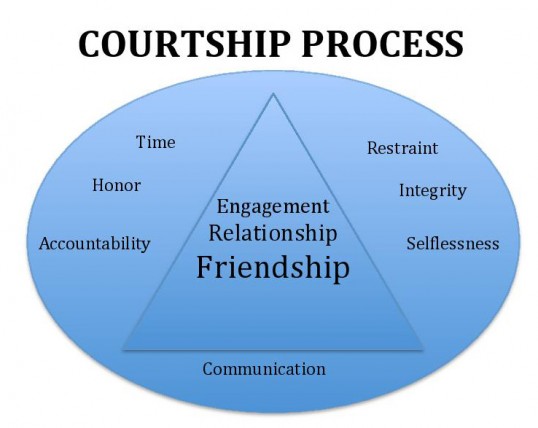 First Phase of Courtship is the Friendship Stage:

During this time, you want to build an authentic friendship.   Take your time and learn about each other beyond the externals.  Create a bond that sets the foundation for your marriage.  Build this friendship with patience, kindness, and consideration.  During this stage, build it absent of romance.   As Solomon, the wisest man in the Bible, besides Jesus, stated, ‘Do not stir or awaken love until it pleases.’  (Song of Solomon 2:7)  In other words, do not interrupt the natural flow; show some restraint; don’t arouse emotions that will send the relationship spiraling in a direction you cannot recover from.  Let everything be done decently and in order.  In the proper time, what shall happen will happen, and it will be good in its proper season.  During this stage, focus on becoming best friends. Clearly, you’ll need to have agreed upon boundaries to maintain purity.  Your integrity will be on the line to protect it and each other.

Second Phase of Courtship is the Relationship Stage:

At this stage, some forms of romance and intimacy will be permissible as long as it doesn’t lead to sin.  We’re not here to tell you what you can or cannot do, but please use wisdom.  Certain things are clearly out of the question if you are trying to protect your purity and remain abstinent until marriage.    Here’s a quote from Courtship and the Dangers of Petting by Tommy Nelson.

“Petting stimulates the body to prepare it for the sexual act. Blood vessels are enlarged near the sex organs and they are filled with blood, become larger and more sensitive, increasing sexual desires. Certain glands are stimulated to discharge secretions. In the man, the semen is produced more rapidly, and millions of sperm cells are prepared. The condition of the body then cries out for mating! The heartbeats faster, the breathing is deeper. This condition is caused by hugs, kisses and petting.”

Ok.  I think you got the point.  The time in this stage together is wonderful and should be utilized to deepen both your spiritual and natural bond before marriage.  However, as I stated before, use wisdom.  There are those who suggest no making out,  kissing, holding hands, hugs, etc.  The bottom-line is you know you.   Just because you can handle it does not mean he or she can.   Also, please do not underestimate the strength of your flesh when left unchecked.   If you place yourself in the wrong situation too many times, something will inevitably happen.  Never bypass the safeguards that you’ve put in place, nor exceed your partners boundaries. Show respect and restraint

Third Phase of Courtship is the Engagement Stage:

At this point, you’re ready for marriage.  We strongly suggest that you do not marry without sound, biblical marital counseling.  Be sure not to leave any stones unturned.  Make sure that you both understand and agree on your roles and responsibilities in marriage.  Make sure you not only talk about finances, but develop a strategy that works for the both of you.  Talk about sex.  Talk about child rearing.  Talk about domestic responsibilities.  Talk about expectations.  Talk about care for parents when they are older.  Talk about living arrangements and location. Talk, Talk, Talk – but make sure you also Agree, Agree, Agree on these most serious topics.   As for the length of an engagement, it really shouldn’t last any more than 6 months to a year.  Traditional biblical engagements were designed to prepare for the wedding ceremony. Now it’s time to say (smiling), “I do.”